An enticing combination of captivating landscapes, indulgent food and wine experiences and authentic with Maori culture.

Beginning in Auckland, the Thermal Explorer Highway takes you through the lush pasture land of the Waikato region. An optional stopover at the Waitomo Glowworm Caves is an experience you won't want to miss, then on to the geothermal city of Rotorua. After Rotorua and Lake Taupo you have the option of detouring to Tongariro National Park, then it's over the hills to the wine country of Napier and Hastings.

Take the Southern Motorway from Auckland and continue on down State Highway 1 towards Hamilton. 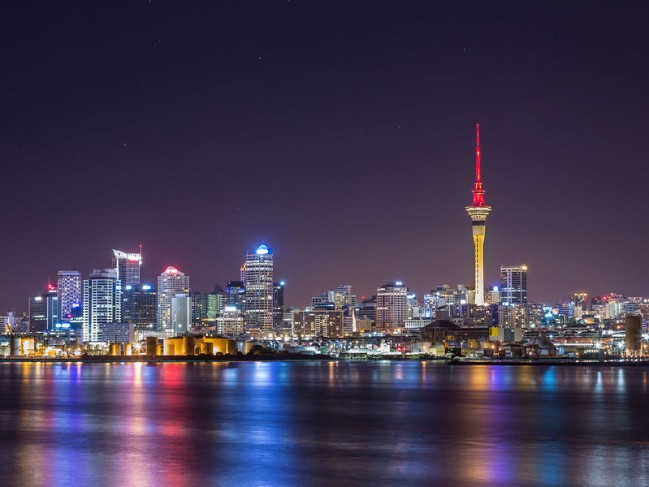 Drive through the Waikato region and admire the rural landscapes around you.

On your way you'll pass through the culturally important town of Ngaruawahia, the Waikato's oldest settlement and the meeting place of the Waikato and Waipa Rivers. Ngaruawahia is the heart of Waikato Maoridom and the location of Turangawaewae Marae where the Maori King resides. Lying under the shadow of the sacred burial ground of Taupiri Mountain Ngaruawahia is also linked to many important Maori political movements and leaders.

About 1.5 hrs south of Auckland is Hamilton. With a population of approximately 159,000, Hamilton is New Zealand's largest inland city, connected to the ocean by the mighty Waikato river. If you have time to stop, check out its themed gardens and the location zoo which has the largest free flight aviary in the Southern Hemisphere - an excellent chance to find out about New Zealand's distinctive native birds.

From Hamilton take a detour off the Thermal Explorer Highway on to State Highway 3 to the small village of Waitomo, stopping on the way at Otorohanga, home to the Otorohanga Kiwi House and Native Bird Park where you'll see New Zealand's largest live Kiwi collection. The village of Waitomo is a popular tourist spot where you can take a guided tour to discover the magic of the glow-worm caves.

Massive subterranean caverns are adorned with stalactites and stalagmites and as you glide silently through the darkness on a water-borne barge, glow-worms overhead create the effect of an eerie underground sky. But, if that is not exciting enough for you, vast caving channels provide the thrill of blackwater rafting, caving and abseiling.

Extensive bush surrounds the district, providing scenic attractions that include the natural Limestone Bridge, Marokopa Falls and many bush walks. 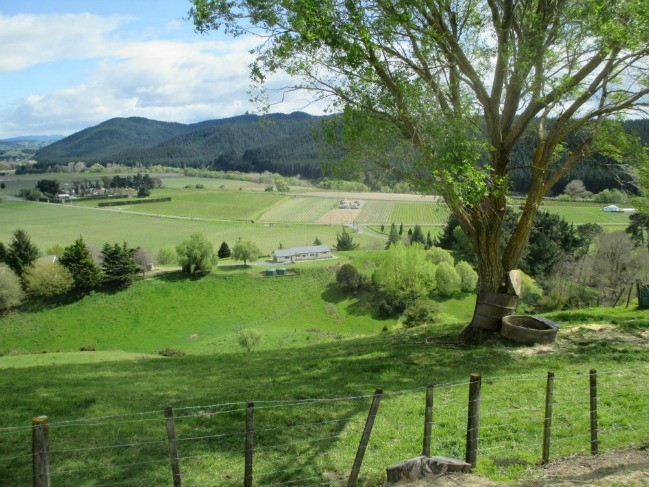 Travel through the farming land of Te Kuiti to the countryside of the Mangakino Hydro Station alongside the Waikato River arriving from the South to Rotorua. Located in the heart of a very thermal active area which is surrounded by natural beauty, learn about the Maori culture.

An alternative route is to travel direct from Auckland to Rotorua.

Following the Thermal Explorer Highway south from Hamilton, pass through the historic town of Cambridge with its tree lined streets. A major centre for New Zealand's equine industry, the district boasts many of the country's most important thoroughbred stud farms. Cambridge offers you a variety of things to do: choose from browsing the numerous antique shops, art galleries or craft stores to walking the heritage trail where you can view a potpourri of architectural styles and impressive buildings, some dating back to the turn of the 20th century.

Continue on through the picturesque Waikato countryside highlighted by the Waikato River with its Hydro Power stations.

Stop at the interesting little craft town of Tirau enroute to Rotorua. Tirau's striking Information Centre made of corrugated iron, features a large dog's head. The interior mural depicting local scenes was painted by Tirau artist Fred Luckman and is a much admired feature of the building. Next door to the Information Centre stands the Big Sheep Gallery, also made of corrugated iron and topped by a sheep's head. Here you can find New Zealand's largest selection of handcrafted woollen items. The Tirau community has claimed corrugated-iron art as its own and many examples on local buildings throughout the town add colour and interest, helping to make Tirau unique. 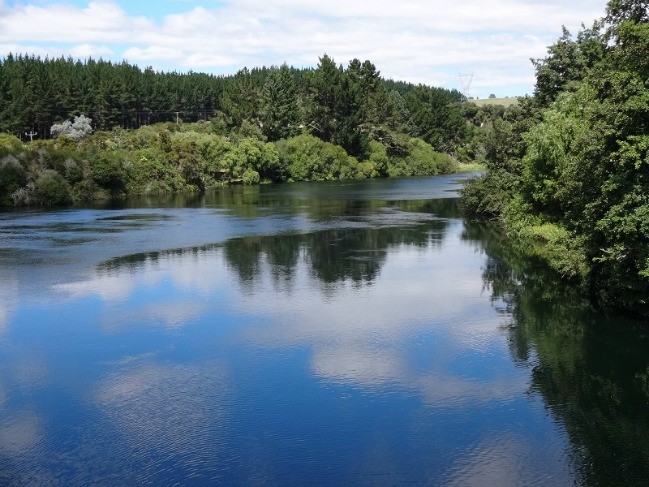 After a short drive from Rotorua along State Highway 5 you will arrive at Taupo, situated on the shores of New Zealand's largest lake. The lake was formed as a result of a massive eruption in AD186, and is roughly the size of Singapore.

Enroute you will have passed through rolling pasture land and some of New Zealand's large pine forests, the latter currently being removed to make way for pasture land. Do not be surprised to see steam arising from the side of the roadway as this area still has plenty of thermal activity. As you approach Taupo you will pass the Wairakei Geothermal area where there is an excellent Visitor Information Centre.

5 kilometres north of town are the mighty Huka Falls where, every second, 250,000 litres of water spill over the falls making for a spectacular sight and a magnificent photo opportunity.

New Zealand is only the second country in the world to harness natural steam for power generation and at nearby Aratiatia Rapids you can view a controlled water release from the hydroelectric dam, at approximately 10am, noon, 2pm and 4pm daily.

From Taupo you can head off down the Thermal Explorer Highway to the extension called the Volcanic Loop, where you can view impressive Mount Ruapehu, explore many of the walks in the area or take a trip on the mighty Tongariro River.

The Tongariro National Park is rich in cultural identity. Its dramatic scenery and unique land forms combine to make the Tongariro Alpine Crossing, a world-renowned trek, rated as the best one day trek in New Zealand listed by many in the top 10 day treks in the world. Many who complete the 17 kilometre journey will tell you it's a challenge and an adventure, the climbs can be steep and the weather unpredictable. 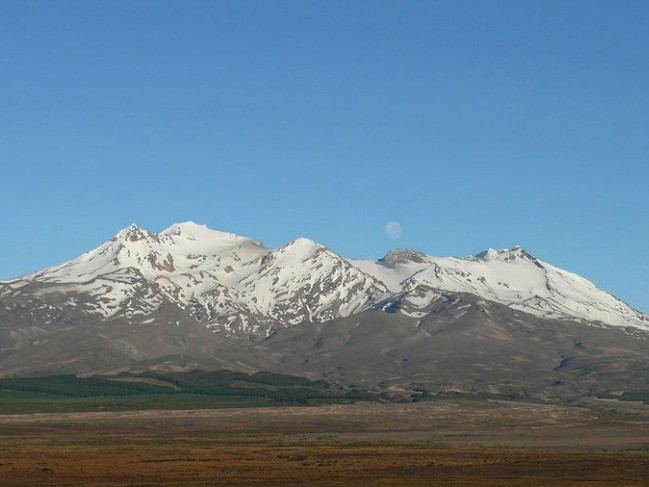 A pleasant drive from Taupo will take you into the heart of the Hawke's Bay area, well known for its fruit growing and wine industry, the latter producing around 60% of New Zealand's wine product.

Napier's now famous Art Deco reputation was a result of the massive earthquake of February 1931 and the subsequent rebuilding of the city in the Art Deco style so popular in the 1930's. Registering 7.9 on the Richter scale, the earthquake levelled almost all of the buildings in Napier and raised the sea bed by 2.5 metres. 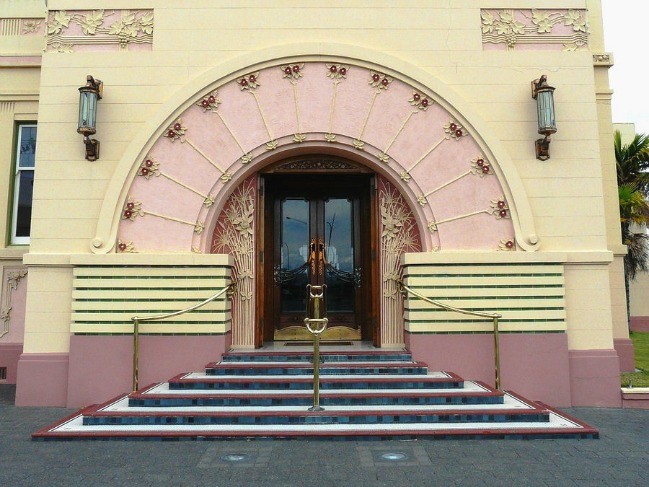 You can either drive direct from Napier to Wellington or travel via Turangi to Taumarunui to link with the Forgotten World Highway route. 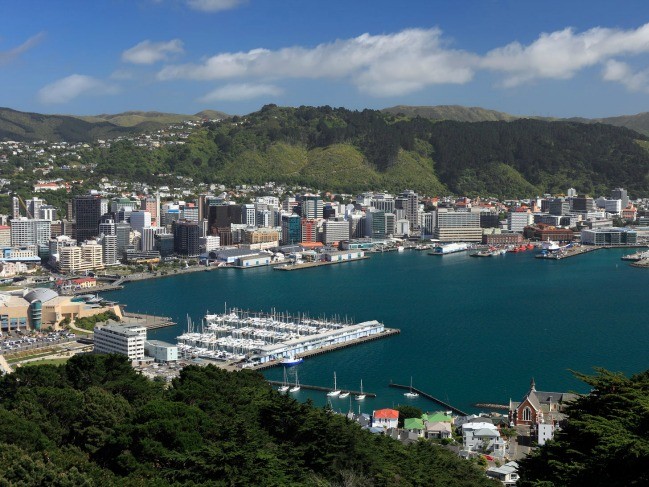